Broome sits in the mineral, culturally, and landscape rich area of Pilbara and the Kimberley Regions of Western Australia. As one of the closest urban centres to the major cities of south-east Asia, it has the potential and aspiration to become an international gateway to Australia, yet when Common Ground was initially invited to provide strategic overview and advice, the town was a series of competing areas lacking urban cohesion and direction.

After reviewing the town “without constraint”, the Common ground team were able to identify a number of distinct character areas (precincts) that could be strengthened to attract further infrastructure investment.

The first of these was the revitalisation of the Town Centre and waterfront.  While there had been streetscape improvement programmes and other architectural initiatives, the town still had its back to the waterfront.  The Common Ground team developed a new framework structure for the area to unlock major development opportunities – including the construction of a seawall with lock-controlled water-levels to create a permanent harbour (Dampier Harbour) in town.

Initial consultation based on these ideas unleashed a far higher level of stakeholder acceptance and buy-in than even the project team had anticipated.  With this level of support the project was expanded in scope to encompass other waterfront infrastructure to shape a major integrated waterfront park (Catalina Bay).

Work on Chinatown has been initiated by the Shire and the town and wider waterfront renewal project has been selected by the Western Australian Government as one of its ‘Super Town’ projects. 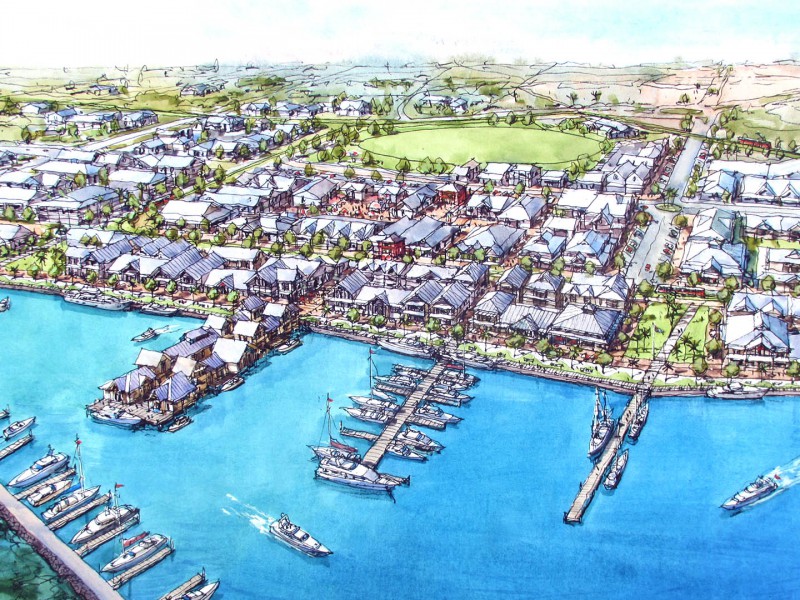